A few months ago New York passed the Reproductive Health Act, sparking outrage from the pro-life camp. My newsfeed was flooded with Christians grieving, bemoaning the heartlessness of humanity, crying out about the sanctity of life.

If I’m being honest, I rolled my eyes.

No, I’m not a huge fan of abortions at 40 weeks (as I was accused of after someone saw my said eye roll). Yes, I believe in protecting the marginalized – and I think the unborn fall under that. But the legislation surrounding reproductive health is so much more complicated than we are led to believe. And my frustration isn’t so much with abortion, as most Christians’ is. My frustration is with the people who claim to be pro-life.

And, yes, I say claim. Because I just don’t believe them anymore. 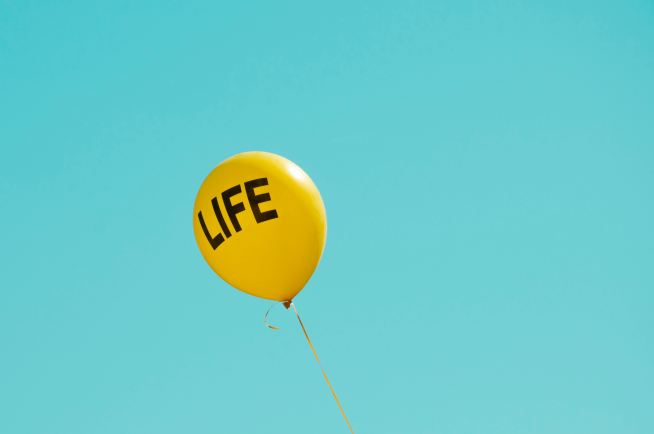 The Alabama governor who signed the appallingly restrictive abortion law that doesn’t make exceptions for cases of rape claimed it was because “every life is precious & that every life is a sacred gift from God”. The next day the state executed a man; it was the seventh execution while she’s been governor. Tennessee is working on passing one of the most restrictive abortion laws in the country. They, too, had an execution the same day as Alabama.

Or, maybe, pro-innocent lives. Sure. Pro-lives who haven’t been born yet, innocent babies who deserve our protection – not criminals who have earned the highest penalties in the court of law. And yet, under our faith, isn’t every human sinful? Isn’t mankind born with a sinful nature? So is there such a thing as an innocent life?? Or is there such a thing as a convenient life to protect – those in the womb. Because the lives outside of the womb are messy, complicated, and not as flashy to fight for.

Pro-life, you say, but what about black lives? Brown lives? You care for babies, children – but what about the ones who were ripped from their mother’s arms at the border? The toddler who died in US custody last week? The black children getting gunned down by police because their skin color makes them look like a threat? Are any of those as important as the lives in the womb?

(Spoiler alert, some of the unborn lives you are so adamant about protecting are black! Brown! Children of immigrants! Children who will grow up welfare! Does that change your mind? Because it seems to, once they are born…)

Pro-life, you say, but what about gun reform? What about the generation of children who go to school afraid to be the next news story, who now go through active shooter trainings to learn how to lock down their classroom? What about 50 women who die in America every month by their partner? What about any of those lives? Do they matter? Should we be putting laws into effect to protect them?

Pro-life, you say, but who made your clothes? The shoes on your feet? Are you supporting slave labor when you get dressed in the morning? Are you putting money in the pockets of those who exploit the poorest of people in the poorest of countries whenever you buy new socks? If you are so adamant about protecting the unborn, are you making sure the (probably) women who made your clothes in factory somewhere aren’t being punished for becoming pregnant, losing their job over it, or working in such extreme conditions they often miscarry?

Shouldn’t you be pro-welfare and pro-food stamps? Shouldn’t you be pro-foster care – and therefore fostering a child yourself? Or if you are so pro-adoption (everyone’s favorite solution for an unplanned pregnancy!), do you have adopted children? Do you know anyone who does? An adopted American child, to be clear – the ones we are making laws about. How many kids have you fostered? How many foster families have you supported? If adoption is such an easy solution for an unplanned pregnancy, why are so many children aging out of foster care with no legal guardians?

Pro-mandatory child support? Pro-mandatory fathers? Because, silly me, it seems almost as if the woman has to bear the brunt of this unplanned pregnancy when you know a sperm was involved.

You say you are pro life, but what about the woman’s life? When her physical health is at risk? When her child isn’t going to make it? When she’s not in a place to be a good mom? When her job, future, family, everything is on the line? Pregnancy is far more than 9 months of carrying a child.

Do we even need to get into the fact that we are more protective of the unborn life than the life forever changed by rape, abuse, incest? The fact that Alabama put more restrictions on what a woman can do after rape than there are on the rapist, a higher penalty on a doctor who might end a pregnancy brought about by rape than on a man who impregnated a woman (or child!) against her will. What kind of sick fucking justice is that?

You claim to want no abortions – but are you advocating for comprehensive sex education in schools, free access to contraceptives, and the knowledge of consent? Are you supporting paid maternal leave, affordable child care, and universal healthcare? All statistics come to the same result – outlawing abortions doesn’t stop abortions. The best way to achieve less abortions is to achieve less unwanted pregnancies.

So if you want no abortions, why are you not supporting the things that are proven to bring about less abortions?

We keep arguing about outlawing it like that will make abortion disappear. Abortion will never disappear. The rich, the privileged, those above-the-law – they’ll always find a way. The politicians who write these laws yet tell their mistresses to go to the clinic, they’ll still have access. It’s all the other women who will be punished.

You say you are pro-life, on paper. I just don’t believe you, in practice.

Reproductive healthcare is a nuanced conversation. It’s not simple, black or white, pro-abortion or anti-life – and anyone who tries to back you into that corner is missing the point entirely.

So, if you haven’t already, start having these conversations. Start asking yourself, start asking those around you: When do you think life starts? When do you think it should be protected? Are there any circumstances that would make any kind of abortion permissible? Do you think it’s unfair how much more a woman’s life is affected by an unplanned pregnancy than a man’s – when, statistically, he caused it? Do you think it’s fair how, from society’s standpoint, pregnancy affects a woman’s whole life? Do you tend to value the life of some over others? Why?? Do you think the life of some should be more protected than others? Again, why?

And, ultimately, should white men behind desks be making sweeping decisions on these matters? Or should the medical professionals and the women in question have the freedom to discuss best options for their unique circumstance?

Some Food for Thought:

One thought on “You Say You’re Pro-Life, but I Don’t Believe You”