It’s no secret this election season has been… interesting. The primaries were rough. The RNC was basically a circus. The DNC definitely woke up on the wrong side of the bed. I’ve really, really tried to keep my mouth shut around stupid people, tried to stay out of Facebook debates, tried to keep my distance and, therefore, my sanity. 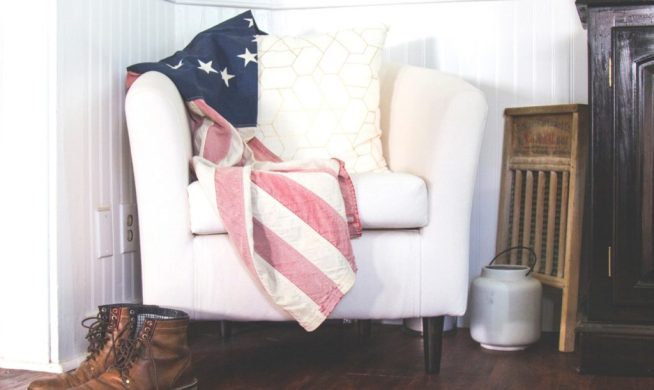 Buuut there are just a few things I really, really need to get off my chest. Mostly if you’re going to enter into a political debate where you laugh at or mock other people’s points of views and deem any other opinion than yours as inferior, consider proof reading before you press “post” (the future of America is not at steak, this isn’t the worst election in historu, and your really not write). These are not political stances, not any kind of endorsements. Simply things I have wanted to, again and again, comment back to people, yell at others, or politely voice my thoughts on. This isn’t me being pro one party over another, pro one candidate over another. This is simply pro common sense.

Not Voting is Not a Solution
I realize America is, quite literally, in between a rock and a hard place here. I realize that picking either of these candidates might make your stomach turn. I realize when you don’t know how to make a decision, it might seem easier to just not make a decision at all.
Easier, sure. But not okay. Let’s revisit the fact that our ancestors fought for the right to vote. Fought. White males fought Britain because of “no representation”, remember? Women fought a long, hard battle to be able to walk into the polls. Minorities have faced incredible difficulties (and still do in some places) to be able to have this right. No matter who you are or what your history is, if you have the legal right to vote, it came at a price. Just because we live in America, let’s not forget what an honor and privilege it is to use our voices in this way.
If you don’t vote, you don’t get to complain about who is elected. You don”t get to grumble over who’s in office, you don’t get to roll your eyes about it. Because you could have changed it. Sure, you might argue, what’s my one vote going to do in the grand scheme of things?? With our stupid electoral college my vote actually doesn’t count, you might claim. How can one person affect an election?? With a 54% voter turnout in the 2012 elections, if America actually voted we could have had a very different government. You can be that difference, but you have to vote in order to do so.
Plus, not voting is voting in a way. Most people are deciding to not vote as a way to stick it to the corrupt political machine. Besides making no sense, you’re basically voting along with the majority. Whatever that majority is come November, by not voting against it, you’re basically casting a vote for it. (Still not a reason to not vote. But nice try.)

Clinton has Been Treated Differently, as a Woman
Just a heads up to all the “but America treats women as equals!!!!1!!”, Clinton has been treated so. very. differently. as a woman in this race. Does that mean she deserves to president? Does that mean she’s innocent of all claims? Does that mean that [insert crazy, absurd slippery slope conclusion here]? NO.
I don’t care your political loyalties; I don’t care your personal opinion of Hillary Clinton. But I do care if you insist on denying the obvious, sexist uphill battle she has had to fight thus far. Her wardrobe is criticized, her hair style is commented on. Her marriage is brought up again and again (although I rarely hear thoughts on Trump’s three marriages). Her voice is monitored, her facial expressions are analyzed. Qualities she possesses that we, at best, praise in men or, at worst, take for granted in men, are questioned constantly. Go talk to your friends about the election, you’ll hear thoughts on Trump and Hillary. You won’t hear anyone saying Donald and Hillary or Trump and Clinton – because it’s still strange for us to refer to a woman by her last name. Cool. Vote who you’re going to vote for, but don’t think Clinton has been treated the same as other candidates.

***While we’re on the subject, HILLARY CLINTON MADE HISTORY THIS WEEK. Stop trying to belittle that, stop trying to deny it, stop attempting to explain away why it’s not a big deal. A major party in America nominated a woman for President, and it’s a big $%*@#^$ deal. You don’t have to be a Democrat or a Hilz loyalist to celebrate this historic moment in our country; you can be voting for Trump and still acknowledge what an amazing step this is for America.***

You Aren’t Going to Move to Canada (Or Ireland, Iceland, Germany, w h e r e v e r)
I know, I know. It’s sooooo funnnnnnny to claim “well if so-and-so is our President, I’m out of here!” It’s hilarious to tell the world, “Gosh, that country is looking good right about now…”. Seriously, you’re the first person to make that joke. I’m dying laughing over here.
Is this what America has come to? Land of the free, a refuge for religious rejects, the melting pot – now home of the well-if-I-don’t-like-what’s-going-on-I’m-running-away? What message are we telling people, when our immediate reaction is to leave when something doesn’t go our way? Also, how much energy are we spending on pointing, jokingly, to actions that we won’t take, instead of focussing our energy on enacting actual change?

Trump is Sexist. Clinton is a Liar
People. Trump is sexist. There’s no denying that. Clinton is a liar. There’s no denying that. These are facts, not debatable opinions. So if you are backing one candidate over another, that’s fine. You have every right to. However, don’t back a certain candidate and automatically deem false every bad claim made against them. You don’t look loyal, you look stupid.
If you think Trump’s policies are best for this country, vote for him. But don’t try to pretend he isn’t racist, sexist, or has a horrible Twitter problem. If you think Clinton’s leadership is what would make this country prosper, vote for her. But don’t try to pretend she hasn’t been shady, manipulative, or untruthful. Backing a candidate isn’t supposed to rival a cult following; we shouldn’t be claiming these people can do no wrong. We should be seeing them for what they are – broken, misguided humans – and trying to choose wisely from there.

Your Newsfeed is Not a Make Up of America
I swear if I see another “I just don’t get how Trump made it this far… none of my friends support him” or “Clearly Hillary is buying her votes, I don’t know a single person voting for her” status, I’m going to go crazy. CRAZY.
1. You don’t know everyone in America. Seriously, you don’t. I promise.
2. You are friends with like minded people. This is scientifically proven. As in, your friends generally have similar views on politics as you and probably are voting for the same person as you. Yes, I understand you have that one crazy friend, but we’re talking majority here. So allllllll  your friends voting for someone shouldn’t be much of a surprise. It also shouldn’t be an indication of the candidate’s potential success.
3. Even further, to the people who are saying “Well my whole newsfeed is full of ____ supporters!”: Facebook uses algorithms to show you more of the people you like the most, and more of things you like the most. If all you’re seeing is pro-Trump, that typically says more about you than America as a whole.

speaking of…. STOP Claiming Voter Fraud. Stop.
Here’s the thing: Is there a 0.001% chance that all of America is being conned and this whole election is really being controlled by some super rich, super scary person? Sure. Is it likely the one video you found of a machine malfunctioning means Sanders should have won that state? And Clinton bought the victory? Is it likely that Trump is actually just buying votes with his billions of dollars (…that he doesn’t actually have)? Further more, is ‘voter fraud’ really the most natural conclusion when you go to Trump’s Facebook page and see how many friends ‘like’ him versus going to Clinton’s and seeing how many friends ‘like’ her? NO. Oh my goodness, no.
Although I will agree that our election season can be deemed frightening, please do not claim a problem that much of the world really, truly deals with – a problem that is actually scary and life threatening in some places – to make yourself feel better about your favored candidate losing. Please don’t joke about an issue that too many actually worry about. And please don’t be ridiculous while doing so. 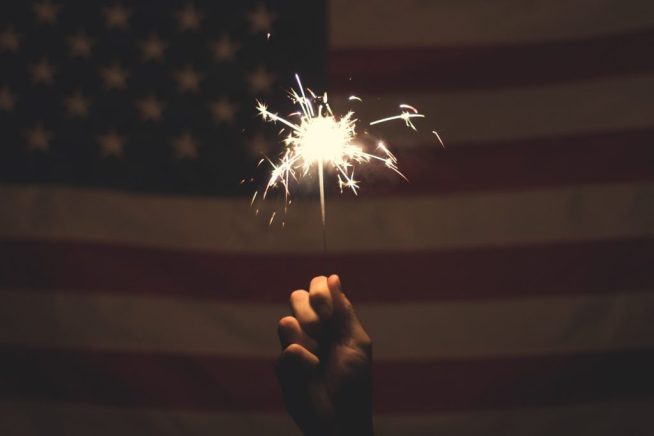 One thought on “Some Non-Partisan Election Thoughts”