It’s currently April, which means I’m wearing red lipstick every day. Taking a stand for Sexual Assault Awareness Month is always a little scary and a little vulnerable – but also, I believe, very needed. I’ve always loved Red My Lips simple but profound mission, and this is my third year participating. (I’ve blogged about it before, or you can visit their site!)

The tone around the issue has changed a lot. I’ve been able to have more conversations than ever about consent, about abuse, and about assault. Conversations that need to be had, for sure, but are usually quiet, closed door, one on one conversations. I wonder if people are simply more aware these days or more willing to talk about things they see discussed so often in media (shout out to Brock Turner and Donald Trump). I also wonder if I’ve became known, in my circle, for caring about these things. For knowing a bit more than the average people about statistics and laws and the like. Whatever the reason, I’m seeing real change take root in people’s minds and real awareness being born, 3 years after I picked up some red lipstick.

I’ve also been learning a lot about advocacy. I’m a big fan of what I like to call easy, everyday advocacy – dresses in December, red lips in April, rocking some TWLOHA shirts, etc. I’ve always been a bit too passionate, a bit too ready to pick up another cause. But this year especially has brought up some important lessons. 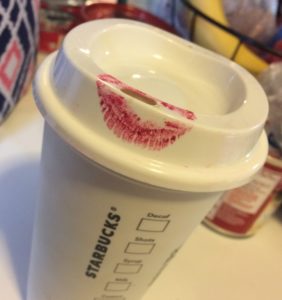 You have more influence than you know

It’s my third year partaking in Red My Lips. The first year, I found out about it late in the game and was only able to join in the last few weeks. Last year I wondered, with my job at the time, if it was worth doing. That week I had 5 friends join me – some living in other countries, some I hadn’t talked to in years. It was humbling to see; people were watching me and listening to what I was saying and wanting to join in.

I’m not trying to exaggerate my power or prestige here. I’m saying sometimes you have no idea who you are reaching. That’s the beauty of everyday advocacy – you can make very loud statements with very little steps. You taking a stand may just be the tipping point someone else needed to see.

…you also have way less influence than you think

Some people just aren’t worth it

I’ve been learning how to spot these people, and how to keep my distance. These people still have worth as human beings, don’t get me wrong. They still get treated like people. They simply don’t get my time or energy in certain discussions, because they aren’t going anywhere. If too much of your identity is wrapped up in a particular thought or stance, your brain actually refuses to see things that might disagree with you as facts. Your brain refuses to see logic. This is why political conversations can be so draining – if people partake in identity politics, we’re shit out of luck. There’s no conversation to be had – there’s only a yelling, screaming mess.

So I’ve learned to quietly take my exit when people who are so consumed with being anti-feminist want to discuss “women’s issues” with me. Just like I no longer discuss race with people who fervently believe absurdities like, “America isn’t racist, we had a black president!” Anyone whose political identity is tied to one politician doesn’t get to discuss policies with me. In the same way, I’ve learned to untie my own identity from feminism, because it was clouding my judgement at times. To be clear, I am still a strong feminist. My identity, though? Child of God, nothing else.

Mostly, it’s the little moments that matter most

The most important advocacy work you’ll ever do is in your friends group. Is at your family dinner table. Is over lunch with your co-workers. Is with those people you are committed to seeing day in and day out and will continue to have conversations with – about everything – for a long time. Calling your senators is important and attending marches has its moments and please, please, please donate to the causes you believe in. But never doubt your agency in the small things, right where you are, right this very second. 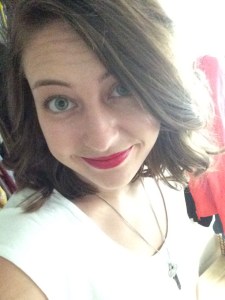 The repeatable conversations in your small circles have the biggest effects. Social media is great for this, as it allows us an easy way to share things with friends and family. Choosing to share red lipstick selfies (goodness, I hate selfies), choosing to put that in front of people I care about – that shows this is something important. Social media is also horrible for this, as it makes us feel like we did something when we post a picture, share an article, join a hashtag movement. Those things are fine, but face to face human interactions go a lot farther. In relationship building and also advocacy work. Choosing to commit myself to a month of conversation about this, choosing to commit myself to constant questions – that shows this is something worth bringing up again and again.