I sat in the back of my yoga class, defeated. 20 minutes into a 60 minute class and I gave up. I was trying not to throw up, trying not to pass out, trying to ignore my limbs falling asleep when I stayed in a pose too long – I figured it was better to sit through the reminder of the class than do anything embarrassing. But also it felt so embarrassing to be the person to sit through the majority of a class, when I once was the girl in the front of the room working on her handstand. 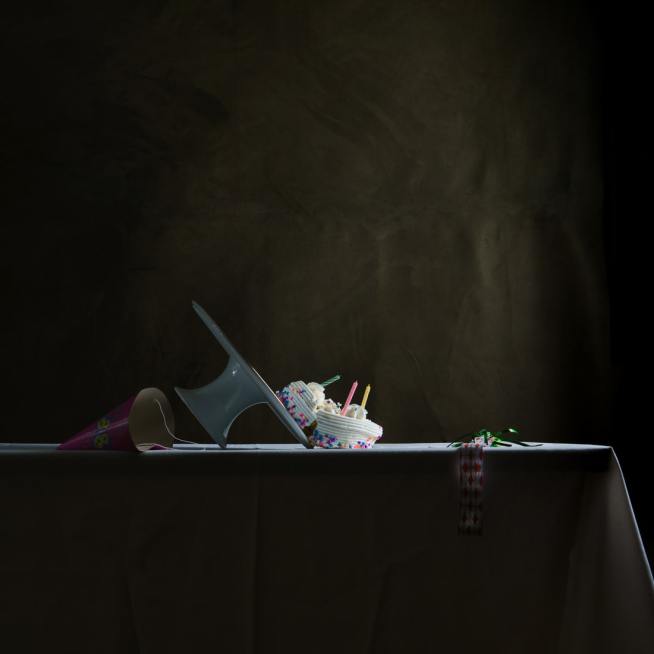 I thought I’d be moving to Nashville when I turned 28 (yes, I am that basic white girl). It was the one promise I made myself – if I was still single by 28, I’d pick up and move. Not because there’s anything wrong with being un-partnered at that age, but because I could. What would be stopping me? When I was 24 and visiting with a friend I devised this plan for myself: I knew I wasn’t ready to leave San Diego just yet, but at 28 – four whole years away! – a new place, a new adventure, a new life seemed like a good idea.

I thought I’d be graduating with my masters at 28. That was the plan when I enrolled in seminary two years ago. Two and a half years – 5 semesters! – and I’d be done. Easy peasy. I’d be 28 and a Master of Christian Thought and life would look so different.

I thought I’d be healthy. My 27th year started with yet another round of not-fun health news, after years of frustration. I thought last year was the last year. I thought I’d figure things out. I was dating a doctor, after all. There were so many things I expected to do when I got healthy, so many plans I made. The key word: when. I never considered an “if”.

I never imagined at 28 I’d be planning a wedding, no longer in grad school, still figuring out my health. It’s so much good and so much bad that it feels strange to even say it all in one sentence. I’m getting married to the most amazing person I never even fathomed existed – why am I concerned about not moving to Nashville? My seminary left me, not the other way around – shouldn’t I be more angry than sad? It’s all so complicated. 28 just feels so complicated.

And suddenly, it’s okay. Naming it makes it okay. It always does for me. They joke Enneagram 5s need to understand a feeling before they can feel it, and I am most definitely that cliche. It’s been a confusing week and a confusing year, and suddenly understanding that I simply am uncomfortable helps a lot. A whole lot.

Uncomfortable isn’t bad. It isn’t not excited. It isn’t upset. It isn’t sad. It’s just adjusting. It’s getting used to a new thing, that doesn’t feel like your thing quite yet. It’s the transition. And I really hate transitions. I’m not mad I’m not moving to Nashville this year. I wouldn’t want to, now – not without RJ. I’m not upset I’m not graduating this summer as much as I am bummed – and a little embarrassed, if I’m being honest. I’m not mad that my body… okay, that one I’m still making peace with, but it’s a work in process. When you’re simply uncomfortable – it’s more of a need to adjust than anger. Things just need to settle. Getting comfortable takes time.

At least I’m trying to be okay with it. It’s complicated 😉