I’m not the biggest new year’s resolutions person (I find they typically involve weight loss and equally get forgotten about), but I do love dreaming up when the new year can hold.

The latest craze, that I love, is choosing a word for the new year. One word. Focusing on it, digging deep into it, maybe reading a book or two on it or learning its origin. For the less nerdy, possibly just writing it on the front of their journal and calling it a day? One word. One. As much as I love this idea, I keep failing at it. I keep getting four.

Last year I tried so, so hard. I really did. I still got four. Maybe it’s my indecisiveness. Maybe it’s my love for words. I think it has more to do with a sneaky God who keeps reminding me it’s okay to live my life outside the lines I create for myself. Fine, Jesus, whatever – four it is. So this year, when they were spoken into my life, I didn’t even put up a fight. Yup. YUP. That’s it. That’s me. That’s 2017.

Our pastor was sharing a conversation his son had about some rudimentary thing like school work or his classroom or whatever is boring to eight year old boys. His son – who, now, I’m fully convinced is a closet philosopher – said something along the lines of, “You know, I think God is going to come and life will conquer death.” (No big deal, I said the same thing while talking about homework all the time in elementary school…)

I would count myself a pretty hopeful person. I’m definitely a realist, which can be a killjoy at times, but for the most part I can see hope where necessary. Positivity is in my top five Strengths, after all. And yet 2016 found me facing situations and people I tried so hard with – SO DANG HARD – that I pretty much gave up on. “It’s a lost cause,” I’ve told friends. Or “You know, I’ve done all I can do…” and I wrote it off. It’s over. It’s done. It’s dead, in many ways. 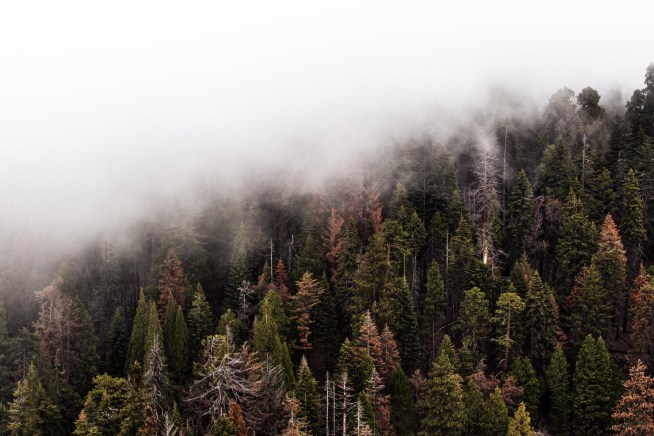 That Saturday morning, my Saturday morning, I sat with all these relationships and circumstances where all I could see was death. People who had hurt me, people who I had hurt, situations that felt unsafe or unhealthy or so far beyond help – areas of my life that felt so far gone. And I felt that Saturday pain, that feeling of “I believed you and I followed you and, sure, I messed up every now and then, but this? This?? This was not supposed to happen. This was not the way the story was supposed to end.”

2016 ended in a bit a of a blur. The election caught the world by surprise. I turned 25. The holidays brought their usual madness. In the midst of it all, I was really struggling with big picture things that play out in the small picture of my life. I was trying to reconcile a God of love and a Church (big C) of so much judgement. I was trying to reconcile granting grace to people, but also holding them accountable for their actions. I was trying to solve all these big world problems with little old me. I was a one woman army set out to change everything. Spoiler alert: I am not nearly as powerful as I want to be & change takes a lot more than one person.

December came with this strange despair for me. Maybe it was the state of our government or the amount of suffering on the world stage or the death of a friend or simple winter blues. Whatever it was, it felt like I was swimming into a wave machine, using all my energy to simply stay in the same place. Or, worse, fighting and fighting to get ahead only to be continually pushed back.

I had to interact with someone who I typically avoid, and it was just as disheartening as it always seems to be. I met with some leaders of our church, and although the meeting went well it didn’t end how I hoped it would. A relationship that I’ve long considered to be over suddenly was back, in front of my face. I was reminded of some un-fun parts of my past; things I thought I long ago healed from seemed to be hurting again.

There’s some pain that feels impossible. Some people that feel impossible. There are things that have happened that I don’t know how to move on from and conversations that need to happen that I don’t think ever will. There are areas of growth I have tried and tried and tried again and somehow keep finding myself in the same place. There are facets of life that used to feel so life-giving and full and now are so draining I don’t know if I’ll ever enjoy them again. It feels like a lot of death, in a lot of different ways.

Dead. People I’ve had to give up on, situations that are out of my hands to change, parts of my life that seem forever stagnant. It’s easy to sit in that despair, to wrap it around ourselves like a blanket. It’s easy to only see the here and now, to focus on what we tangibly feel. And you know what? It’s okay to do exactly that.

That’s the beauty, to me. That’s what 2017 is going to be about, for me (I think) – real pain and real hurt that you can’t shy away from, but real hope and real truth that Life will come. Not only come, not only show up – but show up victorious.

Maybe redemptive relationships will be healed or maybe I’ll find new ones to be a part of. Maybe I’ll get to see the tangible steps new life brings or maybe I’ll sit here hoping things are happening behind the curtain of people’s lives. Those areas and those situations and those people that I think are hopeless, I’m working on seeing them as works in progress. I’m working on focusing on the promise.

It’s not a promise of tomorrow and it’s not a promise entailing how – but it’s a promise all the same. Life – Hope, Emmanuel, Joy, pure Love, our Living Water – will conquer death. In every instance, in every corner, in every soul. Maybe it will be next week or next month or next decade. Maybe it will be exactly how we hoped or in ways we could have never imagined. Maybe we will be lucky enough to witness it; typically it’s in small ways that our eyes never see. Maybe it will be in our lifetime or just maybe we’ll have to wait until the other side of eternity. But until then, we hold on this truth: life will conquer death.